Arrowheadlines: The Chiefs still need help on the edge 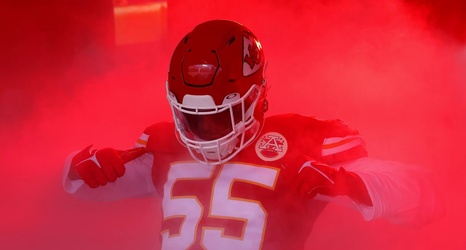 The Kansas City Chiefs have won the AFC West each of the last six years and hosted four straight AFC Championship Games. But it’s been a rocky offseason for Patrick Mahomes and Co.

The team watched its top cornerback depart when Charvarius Ward signed with the 49ers, although first-round rookie Trent McDuffie can help fill that void. There was a massive hole at wide receiver after Tyreek Hill was traded, but Kansas City added veterans and rookies alike to address that in JuJu Smith-Schuster, Marquez Valdes-Scantling and Skyy Moore.

With their second first-round pick this year, the Chiefs looked to strengthen the pass rush with the selection of Purdue’s George Karlaftis, Bleacher Report’s second-ranked edge-rusher and No.