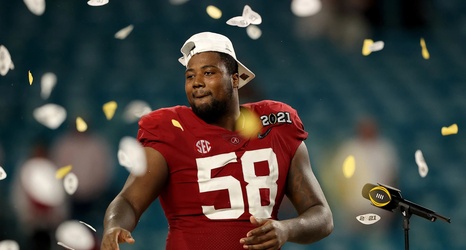 After getting run over in the Super Bowl, the Chiefs add an interior stud with their first pick. The 6-foot-5, 310-pound defensive tackle has freakish athleticism that he will likely lean on during the early stages of his NFL career. Along with being a solid run stopper, Barmore tallied six sacks during his final season at Alabama.