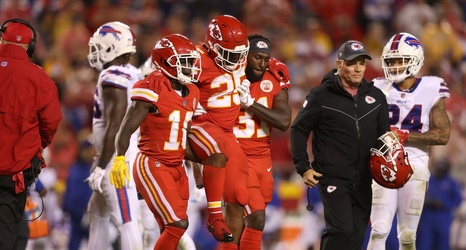 The head coach said that running back Clyde Edwards-Helaire hurt his left knee. Edwards-Helaire left the game in the third quarter and was quickly ruled out for the game. Reid added the Chiefs would see how it goes with Edwards-Helaire’s knee issue overnight.

Edwards-Helaire, who entered Sunday night with back-to-back 100-yard games, looked noticeably unsettled immediately following the play in which he was injured.