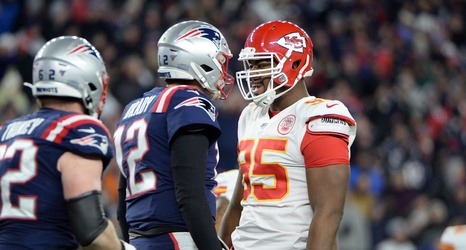 The Kansas City Chiefs broke the New England Patriots win streak of 21 straight home wins on Sunday with a 23-16 victory. While the Baltimore Ravens and Houston Texans also have wins against the Pats, neither of them were in New England. Foxborough is arguably the hardest place for teams to claim a victory. Chiefs quarterback Patrick Mahomes logged his first victory over the Patriots and Tom Brady.

Cornerback Bashaud Breeland deflected a pass to Patriots wide receiver Julian Edelman on fourth down in the end zone to put away the game.