5 things we learned as the Chiefs beat the Browns 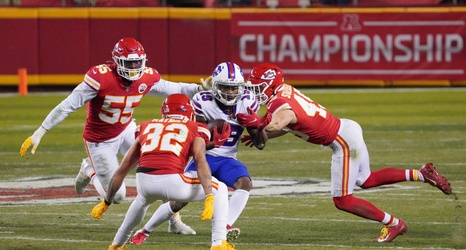 The Kansas City Chiefs came back in the second half to snatch a 33-29 victory over the Cleveland Browns to open the 2021 season at Arrowhead Stadium. Here are five things that we learned from the game:

Among some Chiefs fans, it has become fashionable to say that Kansas City defensive end Frank Clark isn’t worth the money he is being paid — or to quote Pro Football Focus grades that show All-Pro safety Tyrann Mathieu is only the 36th-best safety in the league.