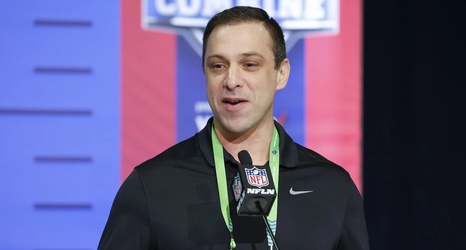 It’s easy to forget how Kansas City Chiefs’ general manager Brett Veach rose up the ranks in front offices as a scout that supposedly stood on the table to draft players like LeSean McCoy, DeSean Jackson, Fletcher Cox and Patrick Mahomes.

This year, that foundational skill of scouting football players will be as important as ever — with the Chiefs having 12 draft picks, including eight in the first four rounds. It’s an unprecedented situation for this organization — they haven’t selected more than six prospects in one draft since 2016.

Veach gave us a few nuggets about their strategy during his pre-draft press conference on Friday.