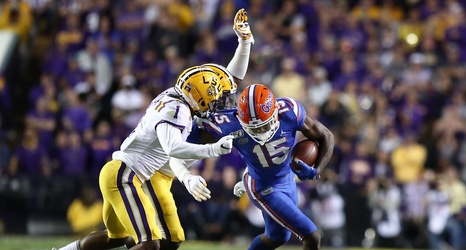 While some fans might believe mock drafts to be a useless exercise, it can be a good way to gather information on college prospects—especially as they are still playing—to watch up close.

In the latest round of mock drafts, it’s nice to see some new names attached to the Kansas City Chiefs. Overall, it gives fans a better idea of perceived needs by outsiders as well as potential prospects who could fill those roles.

Let’s take a look at newly released mock drafts and how the prospects positioned could help the Chiefs down the road.

“The Chiefs could use upgrades at each level of the defense, including at outside cornerback opposite Charvarius Ward.