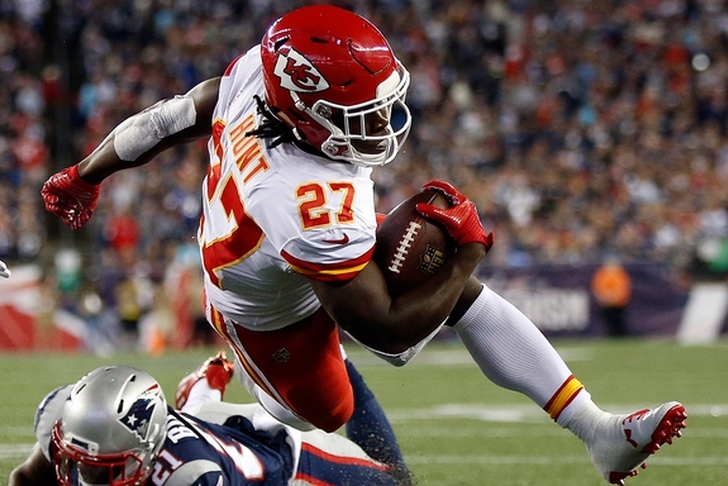 Kansas City Chiefs running back Kareem Hunt has been accused of shoving a woman Saturday morning.

The Cleveland Plain Dealer reports that 19-year-old Abigail Ottinger told police that Hunt pushed and shoved her around 3:45 a.m. Saturday outside his apartment.

According to the report, after visiting multiple bars in Cleveland, Hunt and a group of several people went back to Hunt's house. Hunt asked Ottinger and another woman to leave once he found out she was under the legal drinking age.

Both women left the apartment but stayed in the hallway outside. Ottinger claims Hunt went outside and shoved her, while the second woman claims Ottinger punched her in the face when she asked Ottinger to leave.

Prosecutors have not filed charges against anyone.

Hunt, who was Kansas City's starting running back as a rookie in 2017, led the NFL with 1,327 rushing yards and eight touchdowns on 272 carries while catching 53 passes for 455 more yards and three more scores.

He was selected in the third round (86th overall) by the Chiefs in the 2017 NFL Draft.

This is a developing story, refresh for updates.