The Latest Chiefs Rumors On The NFL Draft, Josh Norman And Jamaal Charles 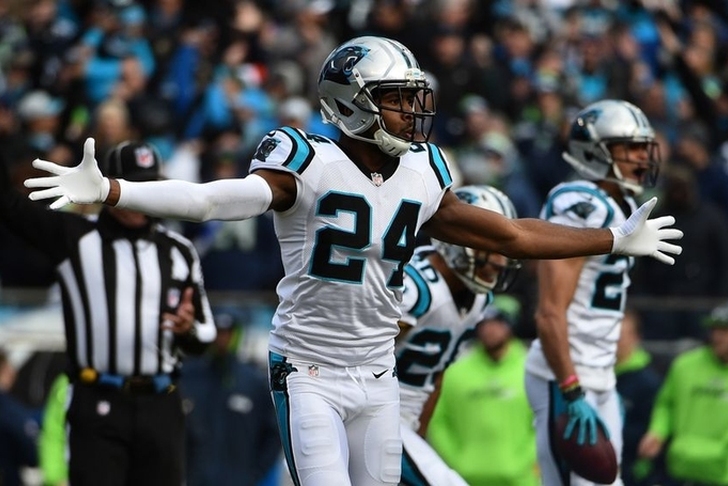 The NFL Draft is just a week away, and there are plenty of Kansas City Chiefs rumors floating around. The Chiefs have a few needs to address, although not having a third round pick will hurt. The Chiefs could go plenty of directions in the first and second round, which is why they've been linked to numerous players thus far. But the draft isn't the only thing going on, as Josh Norman has hit the open market. Let's get you caught up to speed with all the latest draft rumors, news and speculation surrounding the Chiefs.

Chiefs Likely Won't Land Josh Norman
After losing Sean Smith in free agency to the Raiders, it's fair for fans to wonder if they could sign Josh Norman. However, it's highly unlikely the Chiefs will sign the former Panther. The Chiefs have a need at CB, but they simply don't have the cap space to afford Norman. They didn't give Sean Smith $10 million per year and they aren't going to give Norman $15 per year.

Chiefs Work Out Canadian Prospect
The vast majority of NFL prospects play their college ball in the USA, but there's a prospect this year who played in Canada. The Chiefs worked out that prospect, according to ChiefsDigest.com. David Onyemata, a 6-foot-3, 300-pound defensive lineman is actually from Nigeria and picked up football when he moved to Canada in 2011. He had 7.5 sacks last year and could be a late Day 3 selection.

Jamaal Charles Targeting Training Camp Return
For starters, the Chiefs have not traded Jamaal Charles. He tore his ACL last October, but it hoping to return to the Chiefs in time training camp.

Charles won't be ready in time for OTAs in late May, but the Chiefs will be okay without him for the time being. The Chiefs recently extended Charcandrick West and Spencer Ware, who showed they could handle themselves.

Follow our Kansas City Chiefs team page for all the latest Chiefs rumors, or download the Chat Sports App!