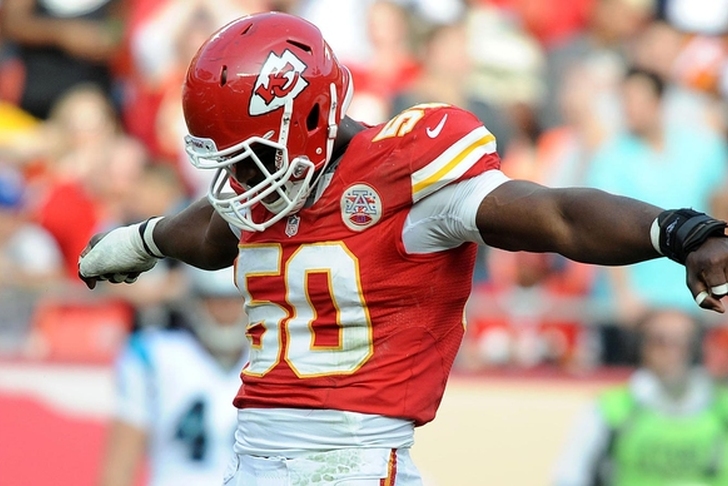 The Kansas City Chiefs slipped to 9-7 last season, after going 11-5 the previous season. The Chiefs didn't lose many players in the offseason and should be better this year. Without even including Jamaal Charles,, here are four reasons why the Chiefs will win the AFC West this season.

The Chiefs did not turn the ball over last season. They had just 17 turnovers last season, fourth fewest in the NFL. That shouldn't change this season. What needs to change in the team's takeaways.

The Chiefs ranked last in the NFL with only 13 takeaways last season. That should change this season, because the Chiefs' secondary is better. Sean Smith will miss the first three games, but he'll play well when he's on the field. This year's third round pick Steven Nelson and last year's third rounder Phillip Gaines both have potential. Marcus Peters could be a stud. He might turn out to be a steal at No. 18 overall. Ron Parker played well at safety, as did Husain Abdullah. Eric Berry is back, and even though he might not be a starter right away, his return is a positive. This secondary will pick off more than the six passes it did last season.

A wide receiver will catch a TD pass this season. Jeremy Maclin is a massive upgrade over Dwayne Bowe. The Chiefs spent a third round pick on Chris Conley in this year's draft. He has tons of potential if he can stay healthy. Albert Wilson showed promise late last season. The Chiefs will be better at WR this season, even if it would be hard to be much worse.

Kansas City has incredible talent at outside linebacker. Justin Houston is the best pass rusher in the game, as shown by his 22 sacks last season. Tamba Hali is aging, but still a gifted player. He had six sacks and forced three fumbles last season. Dee Ford wasn't great last season, but the former first round pick should play better this season.