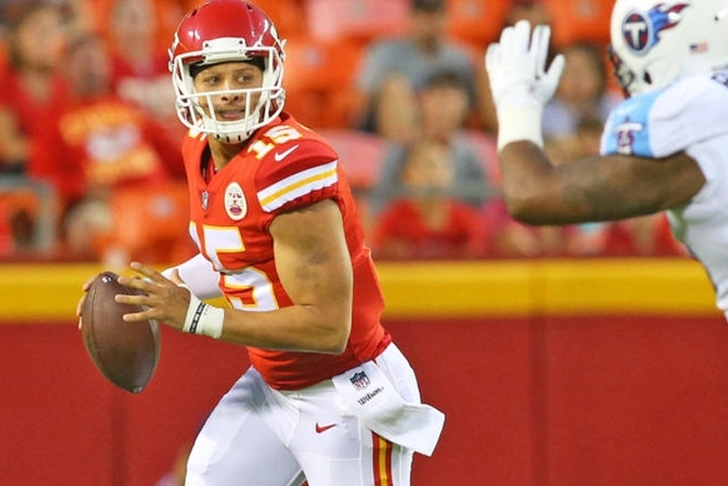 The Kansas City Chiefs came up short in the playoffs again last season, but with Patrick Mahomes taking over for Alex Smith under center, many feel that the Chiefs are even more of a Super Bowl threat. Will they be able to take another step forward and accomplish those goals? Here's a game-by-game prediction of Kansas City's schedule this year:

Every team in the AFC West is pretty evenly matched and the Chargers are a team capable of breaking through this year. I think these two teams will split the season series.

The Steelers are one of the best teams in the league with plenty of star power. These two teams are two of the best in the AFC and this will be a close game, but the Steelers will win at home.

Many believe the 49ers may be in for a breakout season with Jimmy Garoppolo under center but there are still plenty of other holes on the roster. Kansas City's overall talent advantage will earn them this win.

Denver's defense is excellent but there are still question marks about their offense. However, Mahomes will likely have a difficult time in his first matchup against them.

Jacksonville's defense gives every team all kinds of problems, and with a first-year starter under center, the Jags should win.

The Chiefs have had some regular season success against the Patriots in the past but I don't see that happening again. New England usually seems to find their stride around this point in the season and should win a close game.

The Bengals are rebuilding in their own right and no longer have the all-around talent to really compete with the Chiefs.

Kansas City is too good to not at least earn a split against the Broncos. Don't be surprised if this is Mahomes' breakout game.

Cardinals are starting a rebuild of their own, giving the Chiefs a major talent advantage at seemingly every position on the field. Kansas City will win easily.

LA was really, really good last season and they only got better defensively by adding Marcus Peters, Aqib Talib, and Ndamukong Suh. They'll win a hard-fought game between two of the best teams in the league.

Oakland is expecting a big-time bounce-back year under new head coach Jon Gruden and I think they'll win a high-scoring shootout at home against the Chiefs.

The Ravens are a team of solid players but they don't really have any stars. Plus, their offense has been stagnant in recent years with Joe Flacco under center. They simply won't be able to keep pace with the Chiefs on the scoreboard.

Kansas City will earn their split against the Chargers as they keep their playoff hopes alive.

The Seahawks lost a lot this offseason on the defensive side of the ball and still have one of the worst offensive lines in the league. It will be a long day for the Seahawks at home against a good Chiefs team.

The Chiefs will wrap up the season by keeping their playoff hopes alive at home against the Raiders.