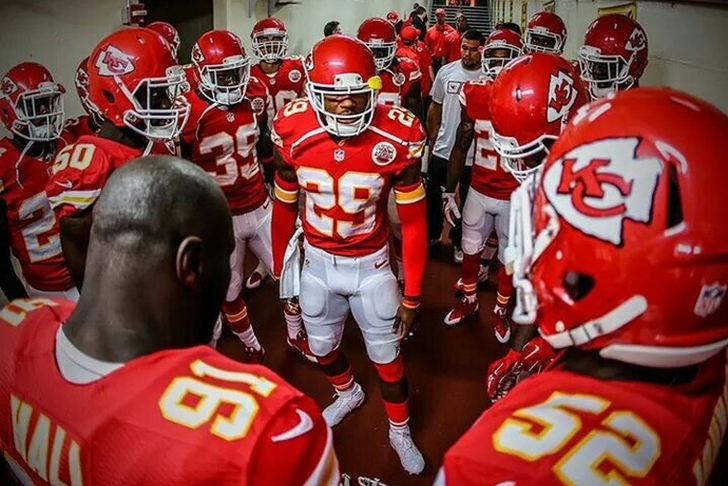 The Kansas City Chiefs came up just short in the playoffs last year. But with just five regular season losses since November of 2015, there's no doubt the Chiefs are a Super Bowl threat. Will they be able to take another step forward and accomplish those goals? Here's a game-by-game prediction of Kansas City's schedule this year:

In the Chiefs' first Thursday night game of the year...how would you like to open the season on the road against the defending champs? All New England did this offseason was get even stronger thanks to the additions of Brandin Cooks and Stephon Gilmore. Don't expect much from Kansas City in this one.

The Eagles are coming along, but I think they're still a year away. There still isn't enough of a running game and the secondary is raw.

The Chargers are better than their record indicated last year, but they still have several holes in their lineup and can't seem to stay healthy. This will be their second game at StubHub Center.

Few teams took as big of a step back this offseason as the Redskins. They now have virtually no proven, reliable offensive weapons, and their defense was inconsistent last year. Win for the Chiefs.

Houston has won the AFC South each of the last two seasons despite having terrible quarterback play, doing so with a dominant defense and good skill players. Kansas City's sometimes stagnant offense will have a lot of trouble dealing with J.J. Watt and Jadeveon Clowney, and I think Deshaun Watson will give Houston's offense the spark they need.

Yes, the Chiefs are a really good team. However, their offense doesn't have the firepower to keep up with Pittsburgh's high-octane unit.

Kansas City's matchups with Oakland will be like theirs with Denver. All teams at the top of the division will split the games between them, and I don't think the Chiefs' offense will travel with them on a short week. Home teams usually win these Thursday night games.

The two games between the Broncos and Chiefs will both be low-scoring defensive slugfests. Kansas City holds serve on a Monday night at home.

The Dallas game was a real toss-up for me, but Kansas City's defense is good enough to stop Ezekiel Elliott and get pressure on Dak Prescott. An upset win for Kansas City.

Alex Smith really struggles against pressure, and New York is better than most at applying it. That will lead to a close home win for the Giants.

The Bills have gone 3-5 on the road in each of the last two seasons, and those road struggles are expected to continue in what will likely be a down year for Buffalo.

There isn't a lot of talk about here. The Jets are one of the least talented teams in the entire league and until they find an answer at quarterback - which won't happen this year - they are going to struggle mightily.

With Kansas City on a roll, they will exploit the Chargers' suspect defense and force Philip Rivers into a few turnovers.

The Dolphins are an extremely inconsistent team, especially on defense and especially on the road. They really exceeded expectations last year, which likely means a regression to the mean. Kansas City will win by a touchdown.

This Week 17 matchup could very well decide who wins the AFC West, and/or which one of these teams go to the playoffs. Their matchup down the stretch last year but Kansas City in position to overtake the Raiders and win the division. It may not be the toughest game the Chiefs will play this season, but it could be their most important one. Hopefully that's not the case, because it's the game I think the Chiefs will lose.