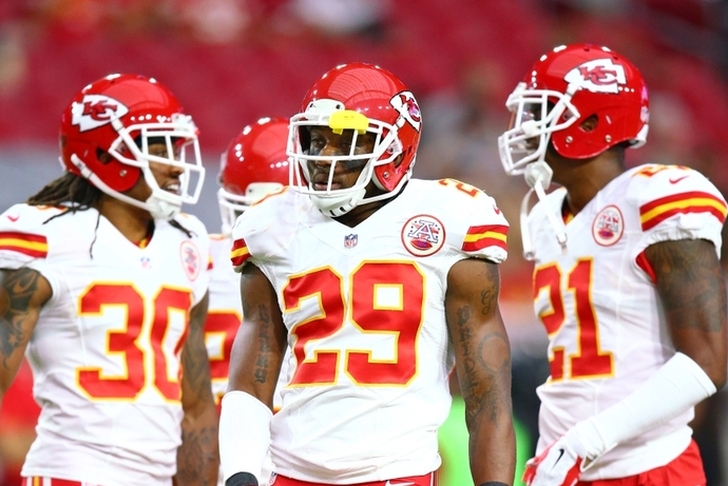 The Kansas City Chief's dominance started on the opening kickoff, and they never looked back, cruising to a big 30-0 victory over the Houston Texans, snapping the franchise's eight-game postseason losing streak. They hadn't won a playoff game since Jan. 16, 1944.

Chiefs running back Knile Davis recorded a 106-yard kickoff return for a touchdown on the first play of the game, and Kansas City's defense forced four turnovers in the first half as they took a 13-0 lead into the break.

Houston looked like they were finally going to get some momentum going on their first drive of the second half, but the Chiefs stopped them as soon as they crossed the 50-yard line and forced a punt. From there, Kansas City's offense went on two long touchdown drives of 94 and 71 yards, officially putting the game out of reach.

Chiefs quarterback Alex Smith had a solid game, throwing for 190 yards and a touchdown while rushing for 27 more yards. His favorite target was tight end Travis Kelce, who caught eight passes for 128 yards.

Texans quarterback Brian Hoyer had an absolutely miserable game, throwing for just 136 yards, four interceptions, and fumbling once. Running back Alfred Blue was the star of the night for Houston, picking up 99 yards on just 17 carries.