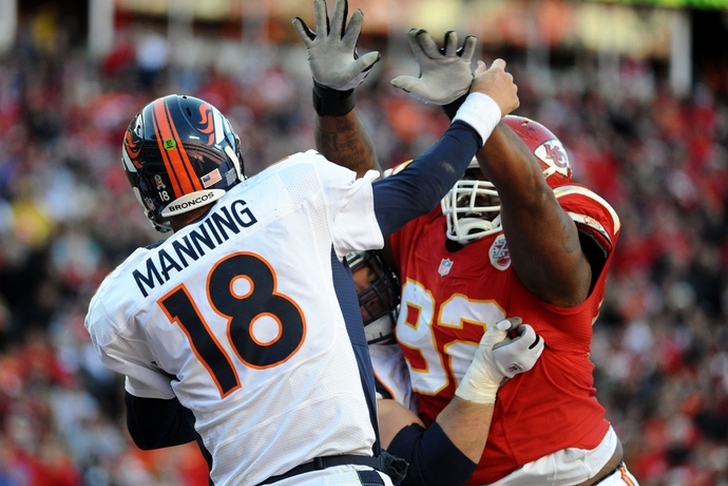 It may be Week 2, but whoever wins this game will head into the team's Mile High rematch later this season just one win away from a division tiebreaker. Kansas City has added motivation when it comes to proving themselves as a legit threat to the Broncos' throne and as a major factor in the lead-up to Super Bowl 50.

Denver ran the ball six times over eight plays in a Chiefs-gutting opening TD drive at Arrowhead last year. The Broncos won that game 29-16, and a lot of that had to do with the team's running game opening up one-on-one matchups for Peyton Manning's receivers on the outside. If CJ Anderson can dictate the pace early against Kansas City's rush-happy front seven, there's a good chance we'll be in for a repeat of last year's "KC Masterpiece" for Denver.

What They're Saying About The Broncos:

Brandon Marshall Looks To Duplicate His Career Game At Arrowhead

Denver's Offensive Line Is In For A Major Test

What They're Saying About The Chiefs:

Travis Kelce Is The Key For Kansas City's Offense

Neither team has a distinct advantage, especially when it comes to the Kansas City pass rush against a suddenly vulnerable, but still dangerous Broncos offense. Give Kansas City the edge (and a Vegas push) with the short week at home.