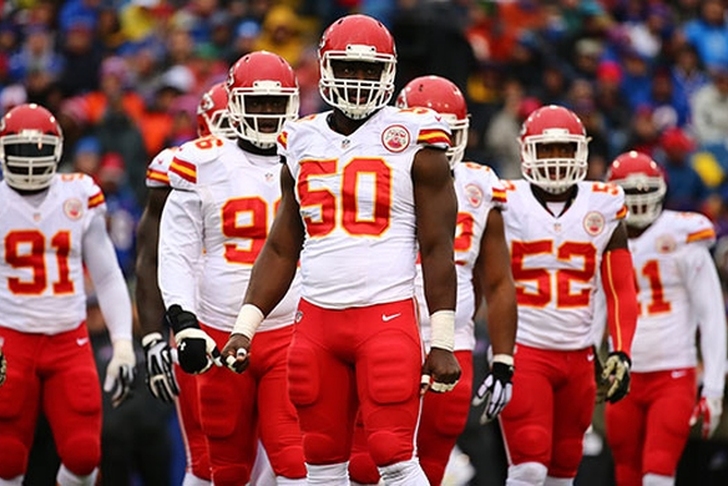 The Kansas City Chiefs won their last 10 games of the regular season, and have continued their hot streak so far in the playoffs. Running back Knile Davis returned the opening kickoff 106 yards for a touchdown and kicker Cairo Santos added a pair of field goals to give Kansas City a 13-0 haltime lead.

Following the kickoff return, both teams traded punts and turnovers until the Chiefs got going with their two field goals in the second quarter.

Houston Texans running back Alfred Blue reeled off a 50-yard run late in the quarter to put the Texans inside the red zone for the first time all game, but quarterback Brian Hoyer threw his second interception of the game on the two yard line, allowing the Chiefs to preserve their first-half shutout.

Hoyer struggled in the first half, completing just 7/13 passes for 61 yards and four turnovers (three interceptions, one fumble in six possessions). However, Houston did get big performances in the half from Blue (11 carries, 72 yards) and wideout DeAndre Hopkins, who caught four passes for 48 yards.

What to expect in the second half?
More Chiefs' defensive dominance. Kansas City limited Houston to just 124 yards in the half (74 if you take away that one big Alfred Blue run) while forcing four turnovers. Houston will find a way to put points on the board eventually, but expect Kansas City to continue to control this one.