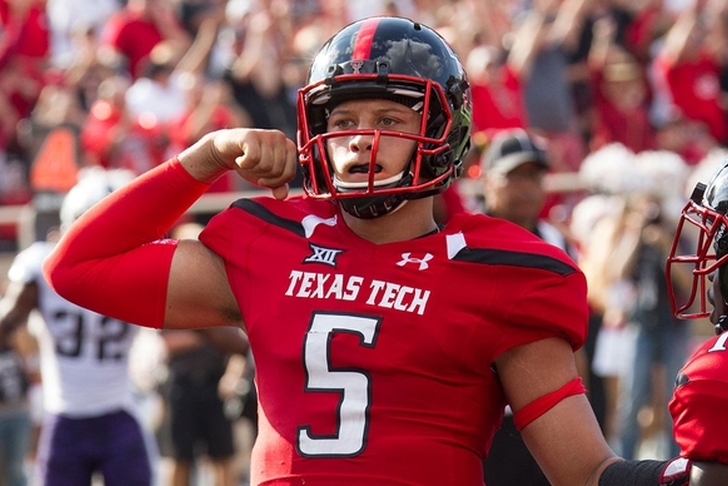 The 2017 NFL offseason is basically over, which means it's time to grade what the Kansas City Chiefs did this year. Sure, a few more players might be traded, cut or signed, but it's likely the Giants are finished making moves. Below is the Chiefs offseason grades, which feature both free agency and the NFL Draft.

As for the grading, teams don't get a "B" just for showing up. A "B" is a good offseason, while an "A" is a great offseason. A "C" is not bad in my eyes, it's simply average at best. It's tough to get a "D," since that basically means a team botched almost everything about the offseason. Obviously there is a lot of opinion here, so hit me up on Twitter if you disagree with the Chiefs’ offseason grade.

The Chiefs don't have a ton of cap space, so they didn't spend a lot of money. They had one major goal this offseason: keep Eric Berry. They did that, which automatically gives them a strong grade.

Cutting Charles was a must, even though he'll be missed (well, his healthy form will be). Don't expect much from C.J. Spiller, who might not even make the roster. Escobar is a former second round pick who could become the next Cowboys TE to improve once outside of Jason Witten's shadow.

Giving Bennie Logan a one-year, $8 million deal seemed pricey, especially after Dontari Poe got the same deal. That's a downgrade in player ability and the Chiefs didn't even save any money. That's the only move I really don't get for the Chiefs and it prevents them from getting a true A.

This entire draft (and next year's to an extent) comes down to Mahomes. If he succeeds, it's a great move. If not, the Chiefs hurt themselves. Mahomes is a risk, given his play style and general rawness. That said, he has incredible upside and one of the strongest arms the NFL has seen. Kansas City is a good fit for him and I lean toward him working out under Andy Reid. I am hedging my bet though.

Kpassagnon might not start right away, but I think he's going make a really good 3-4 DE. He reminds me of Margus Hunt so I think the Chiefs' 3-4 scheme will suit. It was a bit early for him based on my board, however.

Hunt and Chesson were slight reaches with better players on the board, but I think they'll be solid players. Hunt could take over starting duties sooner rather than later.  McQuay is an intriguing selection late. He didn't play a ton, but has many of the traits teams want. He could end up as a sleeper pick.

This draft, in five years, I think ends up as an 'A' or an 'F' depending on what happens with Mahomes. If he's a starter, he's likely one of the better ones in the NFL. If he doesn't start, he might be out of the league quickly. So for the time being, the Chiefs get a 'C.'

The Eric Berry re-signing is weighted more than any other move in these grades. But this offseason and really the Chiefs future will be based on what Patrick Mahomes does. If he's great, it's an A. If he busts, it's a F. The best way to describe this offseason for the Chiefs is "risky." But after coming up short in the playoffs once again, risky is worth trying.

Follow our Kansas City Chiefs team page for all the latest Chiefs news or download the Chat Sports App!