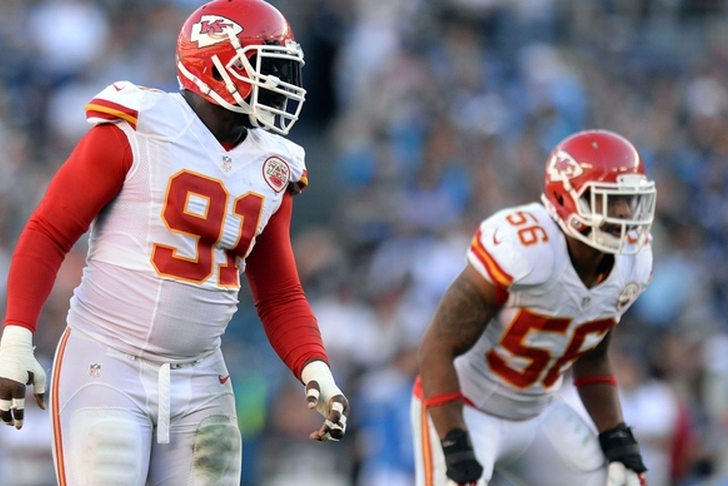 The Kansas City Chiefs nearly stole the AFC West away from the Denver Broncos with their fantastic second half of the season, and after falling to the New England Patriots in the divisional round of the playoffs, Kansas City is looking to build on that and be a contender again next season.

For that to happen, they're going to have to improve on some weaknesses - and they're looking to free agency to help them do that. Here's all the latest Chiefs free agency rumors you need to know:

Kansas City to let Jeff Allen walk?
Allen was one of the Chiefs' best offensive linemen last season, but they appear content to "let him walk" in free agency, according to Philly.com's Les Brown. Allen's injury issues (missed all of 2014 and half of 2015) appears to be a major factor in the decision, but he isn't short of suitors on the open mark. The Eagles and Jaguars have reportedly already shown interest in signing the veteran.

Chiefs an option for Anquan Boldin?
Wide receiver Anquan Boldin is a free agent after playing three seasons with the San Francisco 49ers, but he will not be returning to the team. According to NFL Network's Rand Getlin, Boldin is only interested in signing with a Super Bowl contender.

As free agency approaches I'm told #49ers WR Anquan Boldin wants to play for a team that can compete at the highest level. Important to him.

The Panthers and Patriots have been the two teams most linked to the veteran wideout, but Kansas City is expected to make a run at him as well, hoping pairing him with Jeremy Maclin would help their passing game to continue to improve.

Andy Reid wants Hali back
When Kansas City allowed Hali's contract to void on March 4, many assumed that the star pass rusher's time with the Chiefs was done. However, head coach Andy Reid dispelled those notions, telling the Kansas City Star that they want him back.

“We’d love to have him back, I think, when it’s all said and done,” Reid said.

That being said, Hali will have plenty of options on the open market. If he does sign somewhere else, Dee Ford would be expected to come in and start in his place.