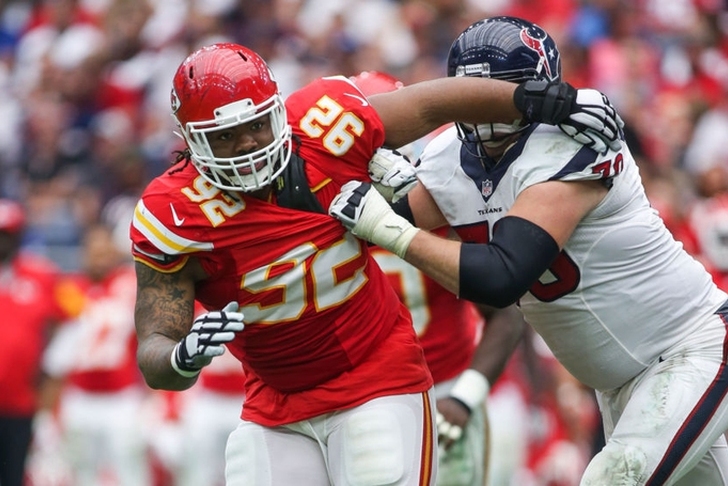 NFL free agency is just a few days old, and the Kansas City Chiefs have stayed relatively quiet after re-signing Eric Berry. However, they are still ramping up their efforts to fill some needs after the initial free agency frenzy. Here are the latest Chiefs news & rumors you need to know:

Poe unlikely to return to the Chiefs
Kansas City signed defensive tackle Bennie Logan today, which signals that Dontari Poe isn't returning to the Chiefs next season, according to Fansided's Matt Conner.

The Kansas City Chiefs had left the door open for Dontari Poe to return. The free agent defensive tackle is taking several visits all this week and is unlikely to even want to come back to Kansas City in search of better money, but the overture was there from general manager John Dorsey all the same. However, now that the team has signed free agent defensive tackle Bennie Logan, Poe’s unlikely return has now become a true longshot.

Logan gives the Chiefs another veteran body to bring into camp as a rotational lineman. He will join Rakeem Nunez-Roches in the middle alongside last year’s rookie sensation Chris Jones. Allen Bailey will return from injured reserve, as will Jaye Howard. Even better is that Howard is entering a contract year, which means the Chiefs will likely enjoy his best efforts in the hopes of another payday.​

In short, Dorsey needed a veteran addition along the line to compensate for the loss of Poe to free agency and to hedge against any issues as Bailey and Howard return from season-ending injury. Logan is insurance at worst and a helpful player at best.

Logan had 24 tackles with 2.5 sacks and and two forced fumbles in 13 games for the Eagles last season.

Latest on Kansas City's search for a backup QB
Backup quarterback Nick Foles has signed with the Eagles, meaning that the Chiefs will likely search the market to find a QB to backup Alex Smith instead of sticking with their current reserves, according to SB Nation's Joel Thurman.

The Chiefs, however, are committed to Alex Smith. They have inexperienced Tyler Bray and Joel Stave behind him which means the Chiefs are not only going to look to a quarterback in the draft, I wouldn’t be surprised if they sign a veteran backup, too. Look at the last four year when they had Chase Daniel - and paid him well - and Foles. I bet they bring in a veteran in addition to a rookie.

Chiefs visit with safety draft prospect Obi Melifonwu
Moving onto the draft, fast rising UConn safety Obi Melifonwu met with the Chiefs at the NFL Combine, according to Aaron Wilson of the Houston Chronicle.

Following an excellent performance at the Senior Bowl, Melifonwu's performance at the combine (4.40 40-yard dash, 44 inch vertical, 11'9" broad jump) has some draft experts projecting him to be a late first or early second round prospect.