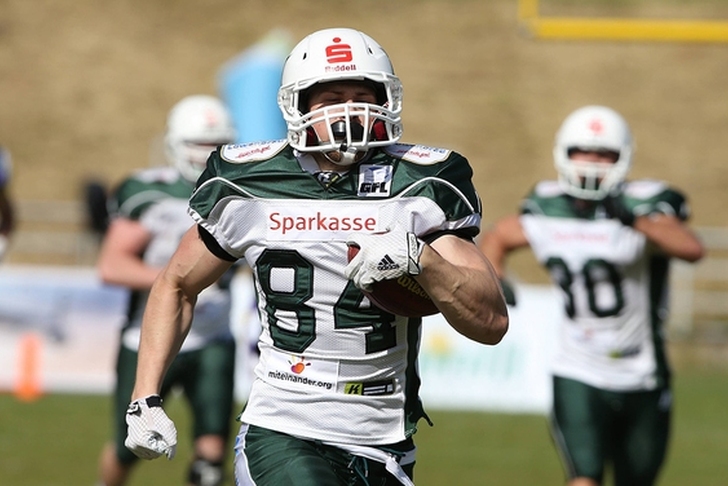 The Kansas City Chiefs have scheduled visits for safety Kevin Byard and wide receiver Moritz Boehringer, two of the most intriguing prospects that did not participate in the 2016 NFL Combine. Both could go in the middle rounds of the 2016 NFL Draft on the strength of their pro-day workouts.

Byard's visit was reported on Monday, while news of the Boehringer -- a native of Germany -- visiting the Chiefs came on Friday.

Byard, an all-conference player in each of his four years with Middle Tennessee State, impressed with 40-yard dash times of 4.46 and 4.51. Boehringer was even more impressive, clocking in with a 4.43 40-time on grass (translating to 4.39 on turf), a mark that would have ranked him among the top receivers at the combine.

Boehringer has only been playing organized football since 2013, but the 6'4'', 227-pound wideout dominated Germany's top professional league last year. Chiefs GM John Dorsey was so impressed by his pro-day performance that he called Boehringer's agent in the middle of his workout to set up a visit.