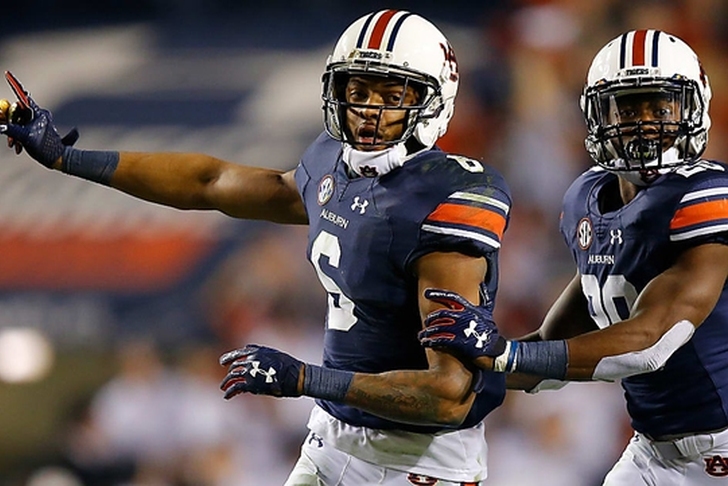 The Kansas City Chiefs don't have a first-round pick in the 2018 NFL Draft thanks to the Patrick Mahomes trade, meaning their first selection will come with the No. 54 overall pick.

And, after trading Marcus Peters to the Los Angeles Rams, the Chiefs are expected to take a cornerback with that pick. FanSided's Matt Verderame currently projects Kansas City will take Auburn's Carlton Davis.

When you watch Davis on film, you see a big, physical corner who is built to play in Kansas City’s defense. Coordinator Bob Sutton loves to play press, and Davis is perfect for that scheme at 6-foot-1 and 205 pounds.

After trading Peters to the Los Angeles Rams, the Chiefs have to replace him with some length and size. Additionally, Kansas City has to be thinking ahead, with both Steven Nelson and Amerson scheduled for free agency this time next year. If the Chiefs want to defend their division crown again, Davis would be a great start in the draft.

Davis was originally projected to be a late first-round pick, but concerns about his ability to defend the deep pass have dropped him to a second-round prospect.

Davis had 34 tackles with one interception and 10 pass breakups last season.