Broncos vs. Chiefs: Notes, Quotes And Observations From The Chiefs' 29-13 Victory 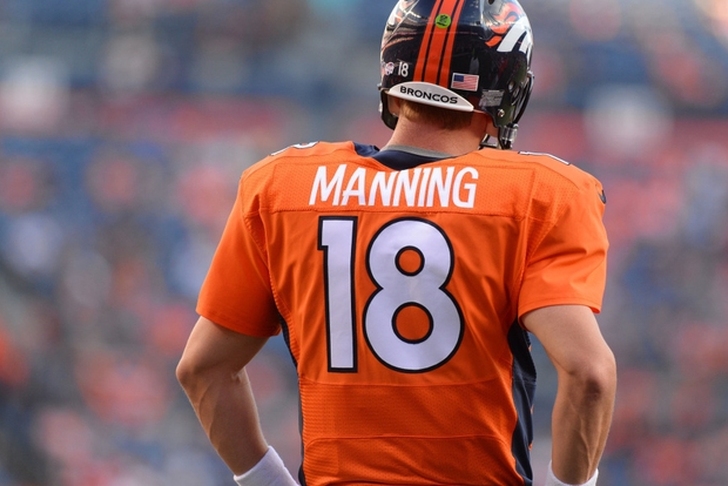 The Kansas City Chiefs handed the Denver Broncos a 29-13 loss Sunday afternoon, ruining the day for Peyton Manning, who set the NFL career passing yard record. Manning had a terrible game, completing just five passes and getting picked off four times. The Broncos dropped to 7-2, while the Chiefs improve to 4-5.

Peyton Manning had the worst day of his career on a day in which he set an impressive NFL record. However, his awful play is a major reason the Broncos lost. Manning completed just 5 of 20 passes for 35 yards and four picks.

Backup QB Brock Osweiler replaced Manning in the third quarter and was an improvement. He completed 14 of 24 passes for 146 yards, a TD and INT.

Charcandrick West had a big game for the Chiefs. He had 27 touches and racked up 161 yards of total offense and two TDs. He's not Jamaal Charles, but West has played well with Charles out.

Ronnie Hillman is clearly the starting RB for Denver. He had 13 touches to C.J. Anderson's two. However, neither RB has played consistently well this season.

"I'm disappointed with myself. This is on me. I probably should've made a decision not to play him in the game. Saturday, as you all know, his ribs were bothering him a little bit and I probably should have said right there, 'No, he's not going to go this week.'" - Broncos head coach Gary Kubiak on playing Manning, who was injured.

"I have a hard time saying [injury] is the reason I played bad." - Manning.

"This was a good win, but we're not where we could be. The sky is the limit for this team." - Chiefs coach Andy Reid.

After that awful performance, the claims that Manning is washed up will only grow louder. The only way for Manning to silence them is to start playing well. The worrisome thing for Manning is that his arm strength hasn't been the biggest issue. His decision making has been worse.

The Chiefs were written off after Charles went down and they fell to 1-5. However, they've won three straight and are back on the fringes of the playoff picture. The Chiefs next three games against the Chargers, Bills and Raiders are critical for their playoff chances.