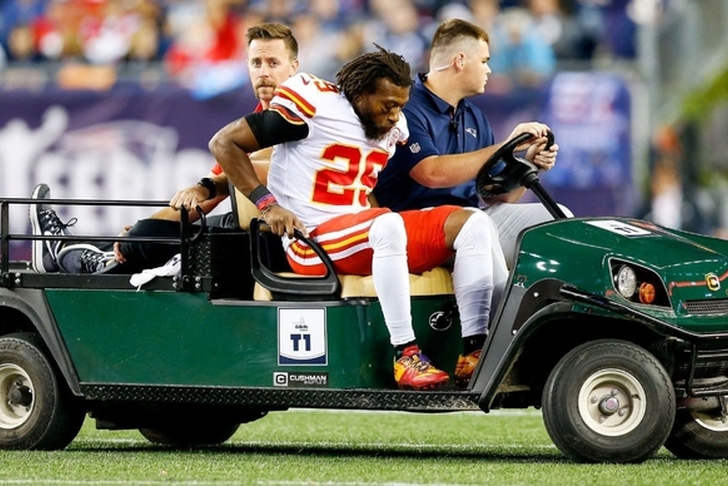 The Kansas City Chiefs went into Foxborough and came away with an impressive 42-27 win over the New England Patriots in the season opener, but that effort has cost them arguably their best player.

Head coach Andy Reid confirmed that All-Pro safety Eric Berry suffered a ruptured Achilles in the game and will miss the rest of the season.

#Chiefs coach Andy Reid confirms the fears: Star safety Eric Berry is done for the season with a ruptured Achilles.

Here is the play during which Berry suffered the injury while in coverage.

Kansas City gave Berry a six-year, $78 million contract this offseason, making him the highest-paid safety in the NFL.

He had racked up seven tackles in the game before suffering the injury. Last year, Berry had 77 tackles with four interceptions and one forced fumble.