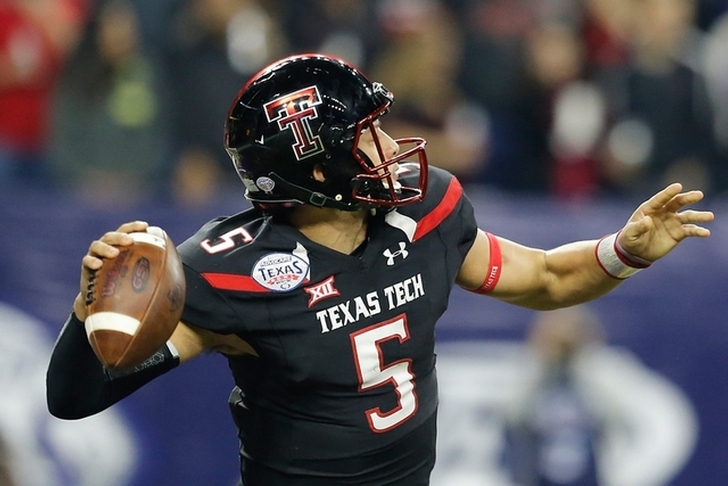 The Kansas City Chiefs have traded all the way up to the No. 10 pick in the NFL Draft, and used that pick to draft Texas Tech quarterback Patrick Mahomes.

Mahomes is now the quarterback of the future for the Chiefs. Kansas City plans to allow him to develop for a year or two behind Alex Smith, but he will eventually take over for Smith.

At Texas Tech last year, Mahomes passed for 5,052 yards with 41 touchdowns and 10 interceptions last season while also rushing for 285 yards and 12 more scores.