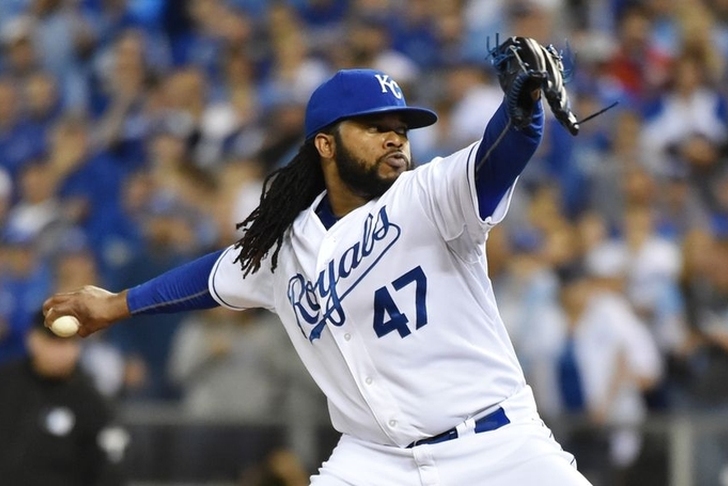 The Toronto Blue Jays host the Kansas City Royals in Game 3 of the ALCS. The Royals hold a 2-0 lead, and the Blue Jays are in desperate need of a win. So will the Blue Jays avoid falling behind 3-0 or will the Royals take a stranglehold on the series? Here's our preview and prediction.

Can the Blue Jays' offense get going against Johnny Cueto? The Blue Jays' bats have been silent for much of the series, plating just three runs in two games against the Royals. Kansas City trots out Cueto, who is coming off an impressive series-clincher against the Houston Astros. Cueto struggled at times with the Royals this season, but appears to have found the dominant form he had with the Cincinnati Reds. If Cueto can shut down the Blue Jays offense, the Royals should be able to get enough runs against Marcus Stroman to pick up a win.

What They're Saying About The Blue Jays:

Win Would Be Icing On Cake For Jose Bautista

What They're Saying About The Royals:

Royals And Cueto Understand The Stakes

Cueto shows once more why the Royals traded for him and the Royals' offense produces just enough to pick up a win. The Royals take a commanding 3-0 lead, while the Toronto offense comes up short yet again this series.