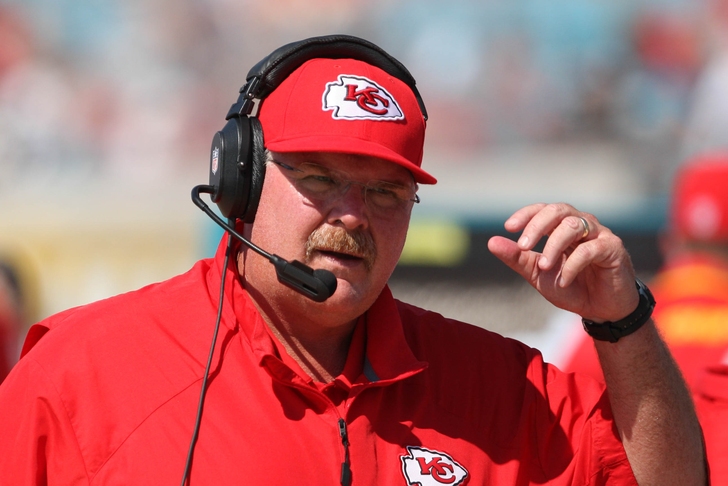 Much like the Chargers, the Kansas City Chiefs just missed out on a playoff berth. Alex Smith is one of the better game managers in the NFL, but the Chiefs need to find a few more weapons for him. That starts at wide receiver, where the Chiefs had a whopping zero touchdowns. Kansas City is short on cap space, so they'll need to make some cuts or restructure some contracts.

2. Offensive guard: Zach Fulton, Mike McGylnn and Jeff Linkenbach played most of the snaps at guard, and they combined for a negative 53 grade on Pro Football Focus. At least one new starter is needed.

3. Center: Rodney Hudson was good last year, but is a free agent.

5. Middle linebacker: Getting Derrick Johnson back will help shore up the spot, but other starter Josh Mauga is a free agent who struggled last season.

6. Safety: Hopefully Eric Berry can return soon, but the Chiefs should approach the position as if he won’t be back. Ron Parker probably isn’t the ideal starter.

7. Cornerback: Sean Smith is a keeper and Phillip Gaines has potential, but the Chiefs need more options at corner.

8. Outside linebacker: Justin Houston was incredible last season, but is a free agent. The team drafted Dee Ford last year, but he’d be a downgrade. That’s not a knock against Ford; Houston is just one of the best 3-4 OLBs in the NFL.