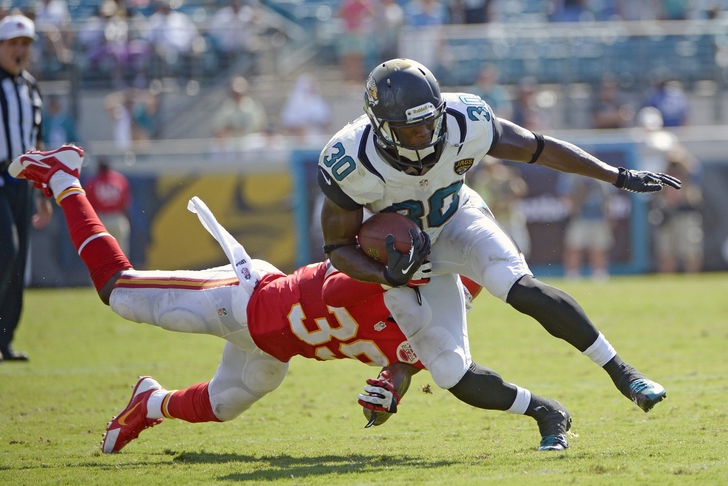 When the KC Chiefs re-signed safety Husain Abdullah to a 2-year, $2.27 million contract earlier this week, the 28-year old defensive back seemed absolutely elated to be returning to the Chiefs.

From the looks of his contract specifics, the money didn't hurt either.

Per Terez Paylor, KC Chiefs beat reporter for the Kansas City Star, Abdullah received a very nice signing bonus upon writing his name on the dotted line, to go along with some other extra perks--

Along with pocketing a cool three-quarters of a million dollars via his signing bonus, the KC Chiefs safety also cannot be waived due to injury--blocking any possible loss of money due to a monetary settlement for his release.

Abdullah signed with the KC Chiefs in 2013 after sitting out the 2012 season in observance of Ramadan. He spent the first four years of his five-year NFL career with the Minnesota Vikings.

Husain Abdullah appeared in all 16 regular season games with the KC Chiefs in 2013, starting in just two of those contests. He finished 28 tackles, one interception, one fumble recovery, and one-half of a sack.

For everything KC Chiefs, be sure to follow our Chiefs team page today.