Jamaal Charles: We Lost Because "The Refs Didn't Go Our Way" 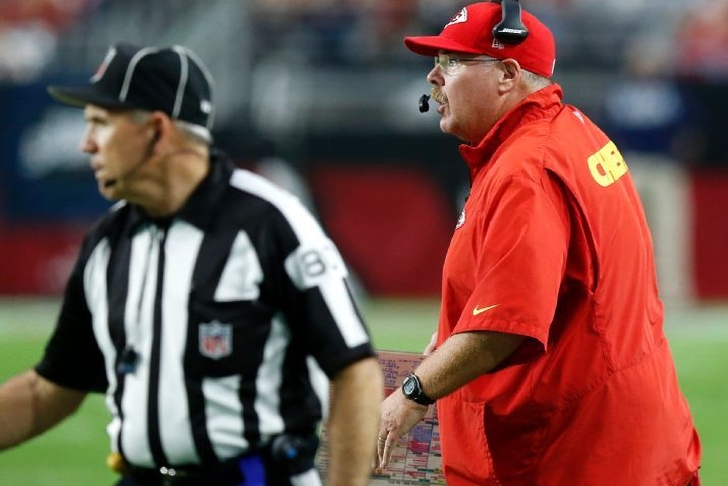 The Kansas City Chiefs lost a hard-fought 17-14 battle against the Arizona Cardinals on Sunday, with a couple of key calls late going against the Chiefs.

A touchdown pass to tight end Anthony Fasano that would've given KC a lead in the fourth quarter was called back by a questionable pass interference call, and tight end Travis Kelce was ruled to have fumbled the ball after replays appeared to show he was down before the ball came out.

All-Pro running back Jamaal Charles said those calls were "just crazy" and cost the Chiefs the game.

"The reason why we lost is the refs didn’t go our way,” he said.

Fan normally don't like to see the players blame the officials for a loss, and while there are certainly other factors that played into the loss, questionable calls in a game between two teams as good as the Chiefs and Cardinals will play a big factor.

Kansas City head coach Andy Reid tried to avoid questions about the referees after the game because he didn't have "anything good" to say about them.

Why Did Two Referees Fist Bump After A Broncos Touchdown?