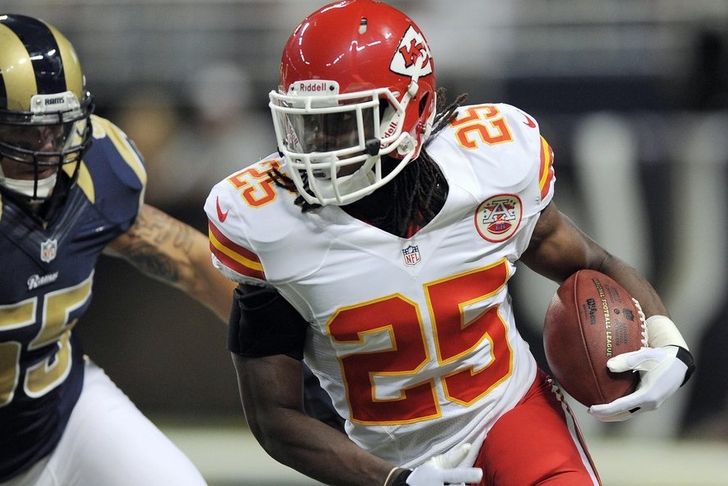 The Rams struck first and kept things close in the first half, but Kansas City turned it on after halftime and blew the game open with 34 unanswered points.

Turning Point: Whatever Andy Reid said to the Chiefs at halftime clearly made the difference. The Chiefs came up with big plays on both sides of the ball, dominating the injury-plagued Rams after Knile Davis returned the second-half kickoff 99 yards to the house.

Injury Issues: The Rams haven't had good luck with injuries this year, and that didn't change today - five more players (two offensive linemen, two safeties and a wide receiver) went down and didn't come back in for St. Louis.

Key Stat: The Chiefs had five players catch at least three passes, and the Rams had no answer to their balanced attack.

Chiefs MVP: Both Jamaal Charles and Knile Davis had big days on offense, but we have to give it to LB Justin Houston. Houston had three sacks on the day, wreaking havoc in the backfield and dominating the Rams' depleted line.

Rams MVP: DE Robert Quinn was one of the few Rams to have a good day, and he finished with two sacks and five total tackles (three for a loss).

What's Next: The Rams continue their road trip in San Francisco next Sunday before heading to Arizona the weekend after. The 4-3 Chiefs will host the reeling New York Jets, who may have a different coach when they come to town next weekend.