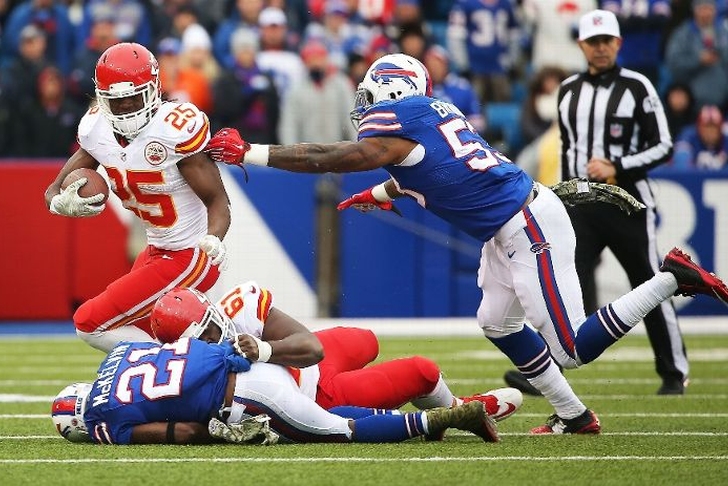 The Bills got on the board on their first drive with the only touchdown scored by either side in the first three quarters, and held a healthy 13-3 lead entering the 4th quarter.

Kansas City responded with two touchdowns on their first two drives in the final frame, and Buffalo wasn't able to catch back up.

Turning Point: Buffalo looked like they were going to start pulling away with a long drive at the start of the second half, but running back Bryce Brown fumbled the ball as he was about to cross the goal line. The ball went out of the back of the end zone, meaning it was a touchback for the Chiefs.

Key Stat: Kansas City outscored Buffalo 14-0 nothing in the 4th quarter, which proved to be the decisive factor in the game.

Buffalo MVP: Quarterback Kyle Orton had a big day even in the loss, passing for 257 yards and a touchdown.

What’s Next? Kansas City will play the Seahawks in Seattle next weekend, while the Bills have a quick turnaround and will face the Dolphins on Thursday night.