Halftime Quick-hitters: Chiefs Lead Dolphins 14-3 at the Half 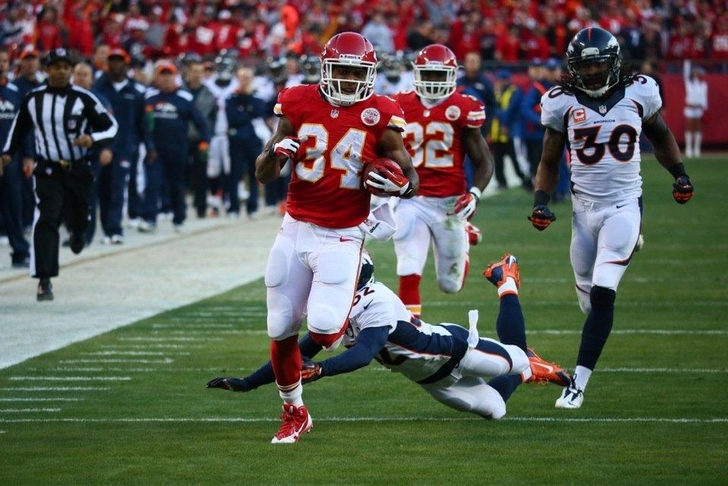 The Kansas City Chiefs head to Miami, looking for their first win of the year.

They will have to do so with star running back Jamaal Charles, who is inactive with an ankle sprain.

Knile Davis got the start for the Chiefs instead, and was effective in the early going. His best run was a 21 yard touchdown that put Kansas City on the board for the first score of the game.

Prior to that score, Alex Smith and the offense could not find any success early on, but the passing game finally got going with a 20 yard touchdown to tight end Travis Kelce right before halftime.

Smith took two sacks and threw for 112 yards on 10 attempts, along with the passing touchdown.

The Dolphins offense was without their own starting running back, with Knowshon Moreno out with a dislocated elbow.

It was Mike Wallace who was the central focus for the Dolphins offense, hauling in four passes for 60 yards and rushing for 12 yards on a gadget play.

Ryan Tannehill looked much better in the hurry up offense, getting his numbers up to a respectable 12/21 for 148 yards.

Stat to keep an eye on: Since taking over for Charles in the first quarter of last week's game, Knile Davis has rushed for 148 yards and three touchdowns.