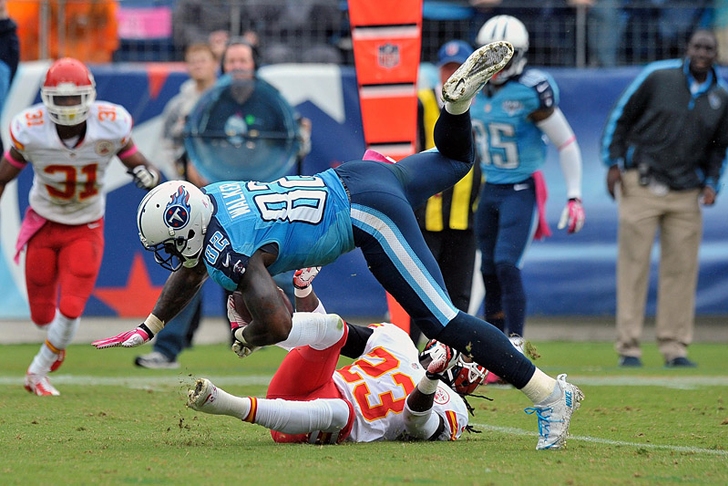 The Chiefs offense was baffled in the first-half and went into the locker room trailing 10-3 to the Titans.

The Titans offense kept rolling coming out of the half, punching in a touchdown to extend their lead to 17-3 before the Chiefs even touched the ball in the second-half.

Alex Smith's rough day continued, getting picked off and ran back inside the Chiefs' 20 yard line, setting up the Titans for another score. The Chiefs defense held tough, allowing just a field goal to keep the game within reach at 20-3.

Still, the Chiefs had to turn the urgency up on their ensuing drive, going for it on a fourth down try but turning the ball back over to the Titans on downs.

Tennessee continued to take the points given to them by a struggling Chiefs offense, hitting another field goal to extend the lead to 23-3 and essentially sealing the game.

Kansas City moved the ball against the Titans defense as Tennessee let Smith complete underneath routes. The Chiefs finally found the endzone on a Smith to Anthony Fasano touchdown midway through the fourth, cutting the lead to 23-10.

Tennessee added a field goal for good measure late in the fourth, giving them a safe two touchdown lead at 26-10.

The Chiefs head to Denver next week, while Tennessee hosts Dallas.