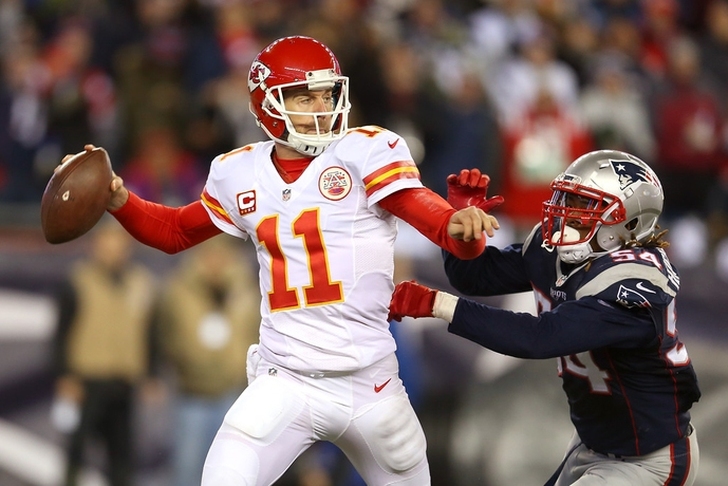 The 2017 NFL schedule was released last month, and the Kansas City Chiefs have a tough road ahead of them in their quest to return to the NFL Playoffs next season. These are the five toughest games standing between the Chiefs and a postseason berth:

5) at Houston Texans (Week 5)
Houston has won the AFC South each of the last two seasons despite having terrible quarterback play, doing so with a dominant defense and good skill players. Kansas City's sometimes stagnant offense will have a lot of trouble dealing with J.J. Watt and Jadeveon Clowney. If the Texans get good quarterback play from Tom Savage or Deshaun Watson, they will move up a few spots on this list.

4) Pittsburgh Steelers (Week 6)
The Steelers knocked Kansas City out of the playoffs last season despite never scoring a touchdown. You know the Chiefs would love to get some king of revenge for that loss, and Alex Smith & Co. will want to show that they have an answer for Pittsburgh's defense - especially since they may meet in the playoffs again.

3) at Denver Broncos (Week 17)
This Week 17 matchup could very well decide who wins the AFC West, and/or which one of these teams go to the playoffs. Their matchup down the stretch last year but Kansas City in position to overtake the Raiders and win the division. It may not be the toughest game the Chiefs will play this season, but it will be their most important one.

2) at Oakland Raiders (Week 7)
Speaking of the Raiders, they figure to be Kansas City's biggest competition for the division crown for the second year in a row. The schedule makers didn't do them any favors with this game either - a Thursday night game immediately after a playoff rematch with the Steelers.

1) at New England Patriots (Week 1)
In the Chiefs' other Thursday night game of the year...how would you like to open the season on the road against the defending champs? All New England did this offseason was get even stronger thanks to the additions of Brandin Cooks and Stephon Gilmore. This game will tell us if the Chiefs are a real contender or not.