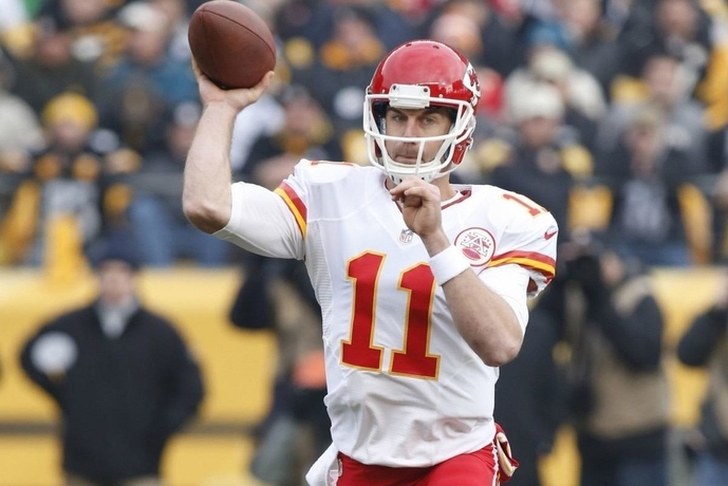 The Kansas City Chiefs suffered a disappointing end to a promising 2014 season, but things don't look much better for them this year. Here are 4 reasons why the Chiefs won't make the playoffs this season:

The Chiefs won't win the division as long as Peyton Manning plays for the Broncos, leaving them competing for a wild card spot. That leaves them in a crowded mix of the Chargers, Ravens, Steelers, Bengals, Dolphins, Bills, and Texans, and chances are they'll find themselves on the outside looking in.

Kansas City is still counting on Fisher to be their best pass protector, but the #1 overall pick in the 2013 draft has struggled with the NFL learning curve. This offseason is a pivotal one in his development, in that he either will continue on that path to true top-pick deserving status or he will raise eyebrows from detractors who felt the Chiefs reached when they plucked the Central Michigan product from the fray to open the 2013 draft.

Smith is a great game-manager, but it's clear at this point that he's not the guy that will win the game for Kansas City. He was tied for 19th in the league with just 18 touchdown passes - and didn't throw one to a wide receiver all year. His inability to stretch a defense vertically has stagnated Kansas City's offense, and that won't get any better this year.