3 Things We Learned About The Kansas City Chiefs This Offseason 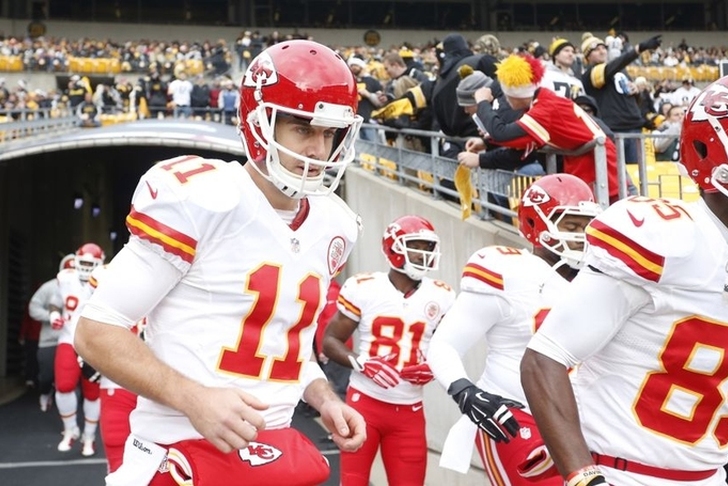 The Kansas City Chiefs suffered a disappointing end to a promising 2014 season, but there's still plenty to be excited about with just a few days to go until the 2015 preseason kicks off. Here are three things we learned about them this offseason:

3) It's now or never for Alex Smith

This will be the third year for Smith in this offensive system, which is the year that things usually click or don't for a franchise quarterback. With a new weapon in Jeremy Maclin and the team's running game primed to have another big year, this is the year where Smith needs to take the full leap and push the Chiefs over the top.

1) New dedication to the passing game

The 2014 Chiefs were the first team in a half century to finish a season with no touchdowns caught by a wide receiver. Unequivocally the biggest area of weakness for an otherwise champonship-level team, Andy Reid and the Chiefs' brass had a major rebuilding task on their hands heading into offseason. They did just that, parting ways with the underachieving Dwayne Bowe and upgrading to 2014 breakout star Jeremy Maclin. Keep an eye out for Chris Conley, as the 2015 third-round pick has all the makings of a draft steal.