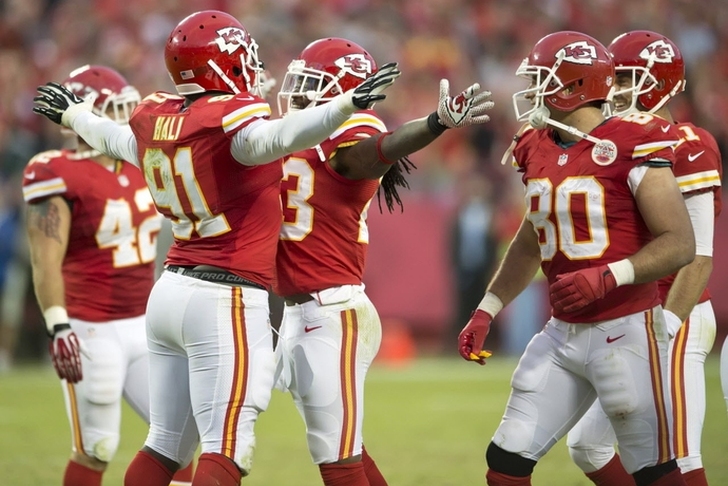 The Kansas City Chiefs clinched a playoff spot with their win over the Browns today, and they're the hottest team in football, having won nine straight games - and that has a lot of people thinking the Chiefs would continue this streak and win the Super Bow. Here are three reasons why they can do just that:

3) Dominant defense
Kansas City's offense is much improved, but they still make their money on the defensive side of the ball. They rank eighth in the league in yards allowed per game and third in points allowed per game while recording the fourth-most sacks and have forced the fourth-most turnovers. The Chiefs can dominate you in every way on defense, and as the saying goes, defense wins championships.

2) Getting hot at the right time
Let's go back to the streak. Many expert say that the best team doesn't always win the Super Bowl, but the hottest team does. That, right now, is the Chiefs without question. They've won nine straight games since their 1-5 start and that's given them a ton of confidence. Despite losing several players to injury, the Chiefs are getting hot at the perfect time. That holds a bigger meaning than normal because of...

1) Injuries to top AFC teams
Kansas City's road to the Super Bowl suddenly doesn't seem as tough as it did two weeks ago. The Houston Texans (probable No. 4 seed) are down to their third-string quarterback while the Cincinnati Bengals and Denver Broncos are each playing their backups and the New England Patriots have lost their top two running backs, numerous offensive linemen, and top receiver. Suddenly, the Chiefs may actually look like the favorite in the AFC simply because they're healthy.