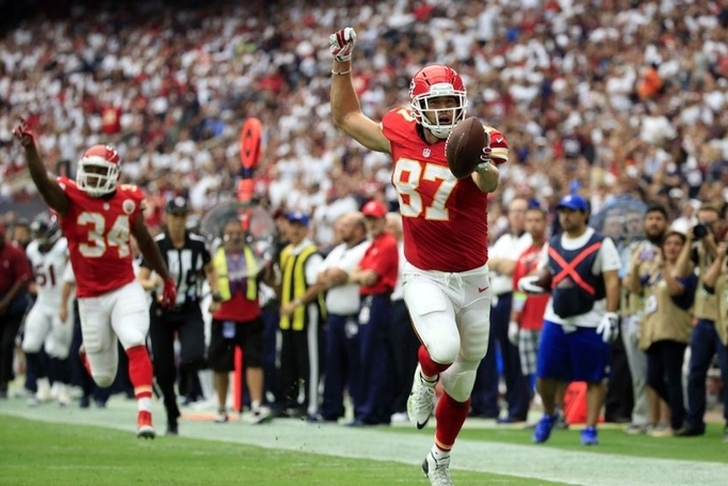 The Kanas City Chiefs looked solid in their season opening 27-20 win over the over the Houston Texas The game wasn't as close as the score indicates; the Chiefs were up 27-6 before the Texans started scoring. The Chiefs' win wasn't a fluke either; this team has the potential to make a deep postseason run. Here are three reasons why the Chiefs are legitimate Super Bowl contenders.

The Raiders are still the Raiders; they won't compete for the playoff this season. The San Diego Chargers can push for eight or nine wins, but the Chiefs are just as good, if not better. The Denver Broncos offense looked absolutely awful against the Baltimore Ravens. The Chiefs have the offense and defense to make a push for the AFC West crown. Once the Chiefs make it into the playoffs, they'll have a chance to make a Super Bowl run.

The Chiefs look like they have one of the better defenses in the AFC. Marcus Peters already looks like a great NFL corner. The pass rushing tandem of Justin Houston and Tamba Hali is still going strong. Brian Hoyer looked awful against the Chiefs and the Texans' didn't have much going on the ground. Defense wins championships and the Chiefs have a defense good enough to make that a reality.

Jamaal Charles is still Jamaal Charles. He'll be an impact player every week. Unlike last year, Charles has help. Jeremy Maclin will be a true No. 1 WR for the Chiefs. He's a reliable wide out the Chiefs lacked last season. TE Travis Kelce had a monster game and looks worthy of the hype he generated this preseason. The Chiefs offense won't be as anemic as it was last season with Charles, Maclin and an improved Kelce.