3 Reasons Why The Chiefs Will Beat The Texans 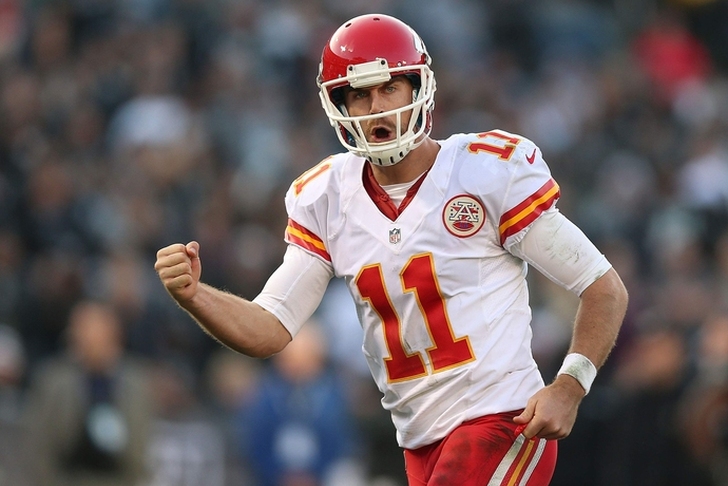 The 11-5 Kansas City Chiefs visit the 9-7 Houston Texas in the playoffs this weekend, in a matchup of squads who were surprise playoff teams. The Chiefs were written off after a bad start and the Colts were supposed to make the playoffs out of the AFC West. It's a wild card game and one team's season will come to an end. It won't be the Chiefs. Here are 3 Reasons Why The Chiefs Will Beat The Texans:

3. Hottest Team
There isn't a hotter team in the NFL right now than the Chiefs. They've won an incredible 10 straight games after starting the year 1-5. Interestingly enough, that lone win came over the Texans. The Chiefs took advantage of a weak end of season schedule, but they did beat the Broncos and 10 wins is 10 wins. The team is entering the playoffs with all the confidence in the world and that will help them defeat the Texans.

2. Superior Defense
The Texans have a strong defense, but the Chiefs' is even better. Kansas City is allowing just 17.9 points per game, third best in the NFL. They have a +14 turnover differential, thanks to a playmaking secondary and a QB that rarely turns the ball over (more on that below). Rookie CB Marcus Peters has turned out to be one of the best CBs in the NFL, tying for the league lead with eight picks. The team has been without star LB Justin Houston, who has missed the past five games with an injury. However, he's expected to return for the game against Houston. With a great defense, the Chiefs will top the Texans.

1. Better QB
First, credit to the Texans. That they made it to the playoffs starting Brian Hoyer, Ryan Mallett, T.J. Yates and Brandon Weeden this year is very impressive. Hoyer has actually been okay this season, but he's not better than Alex Smith. The Chiefs' starter has completed 65 percent of his passes for 3,486 yards and 20 TDs. The passing yards are a career-high and Smith has also added nearly 500 yards and two scores on the ground. Most importantly, he doesn't turn the ball over. He's thrown just seven picks this year, the same amount as Hoyer in 100 more passes. With Smith at the helm, the Chiefs won't lose to the Texans.