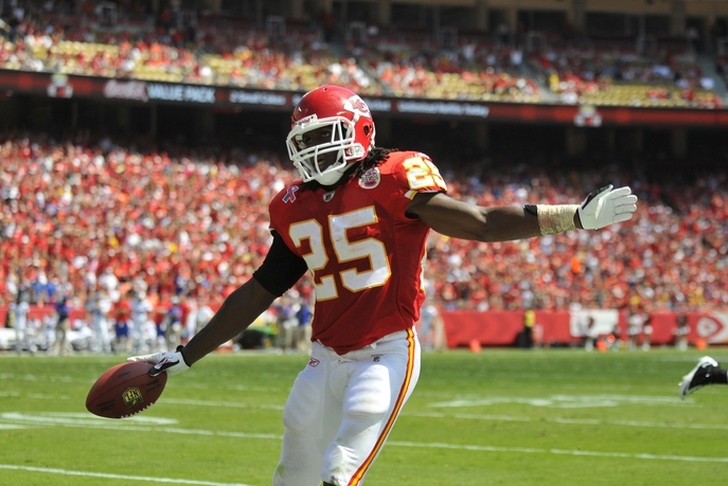 The Kansas City Chiefs picked up a season opening win over the Houston Texans in a 27-20 contest that wasn't as close as the score indicates. The Chiefs play host to the Denver Broncos Thursday night and the Chiefs would like nothing more than to improve to 2-0 and defeat their AFC West foe. Here are three reasons the Chiefs will beat the Broncos in Week 2.

Don't underestimate the power playing at home has. Arrowhead Stadium is one of the toughest environments in the NFL. The Thursday night game will feature a loud crowd, which will make things tougher on a Bronco team that struggled with communication in Week 1. The advantage the Chiefs have playing at home will be a big boost.

The Chiefs look like they have one of the better defenses in the AFC. Marcus Peters has the making of a shutdown corner. The pass rushing tandem of Justin Houston and Tamba Hali is still going strong. Brian Hoyer looked awful against the Chiefs and the Texans' didn't have much going on the ground. The Broncos' offense struggled in Week 1 and will do so again against the Chiefs.

Did I say the Broncos' offense struggled in Week 1? I meant to say they looked downright awful. Peyton Manning threw the ball 40 times and only recorded 175 yards. The Broncos had issues running the ball, picking up 69 yards on 25 carries. Denver's offense had major problems, and those issues won't be solved during a short week. If the Broncos offense is as anemic as it was in Week 1, the Chiefs will improve to 2-0.