3 Reasons The Chiefs Are GUARANTEED To Beat The Bears 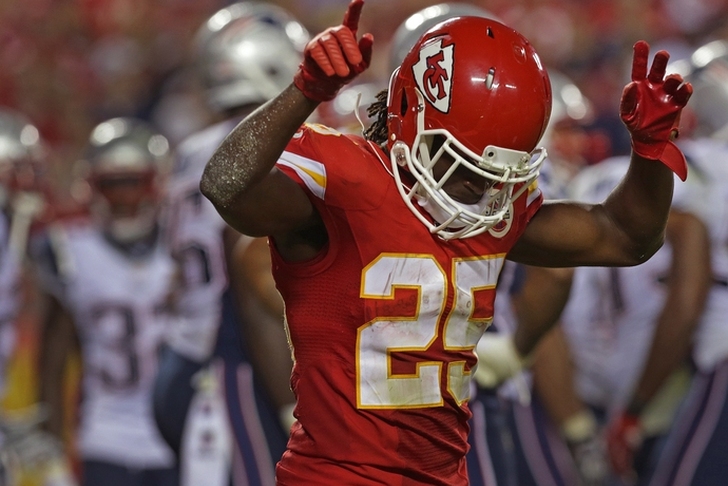 The Kansas City Chiefs and Chicago Bears are both 1-3, but the Chiefs have played a much harder schedule than the Bears. While the return of Jay Cutler gave the Bears the boost they needed to knock off the Oakland Raiders last week, the Chiefs are the clear favorite to win the matchup this week. Here are three reasons why the Chiefs are guaranteed to beat the Bears this week.

Charles is one of the best RBs in the NFL and he should have a productive day against the Bears. The Bears don't have a terrible run defense, but they did give up 100 yards to Thomas Rawls. Charles will be able to contribute on both the ground and in the air, and he'll put up great numbers in a Chiefs' win.

The Bears haven't actually given up a lot of yards through the air, but they have just 2 interceptions against 10 touchdowns. Expect more of the same from Alex Smith, Travis Kelce and Jeremy Maclin this weekend. Smith isn't the greatest QB in the NFL, but he'll have a strong game this weekend. The Bears are going to have major issues stopping the Chiefs' balanced offensive attack.

The Bears have allowed nine sacks this season, which ranks in the bottom half of the NFL. The Chiefs have one of the best pass rush combos in the NFL in Justin Houston and Tamba Hali. The Chiefs are tied for ninth in the NFL in sacks and they've faced offensive lines much better than the Bears' for much of this season. Expect Houston and the Chiefs to wreak havoc in the backfield en route to a win.