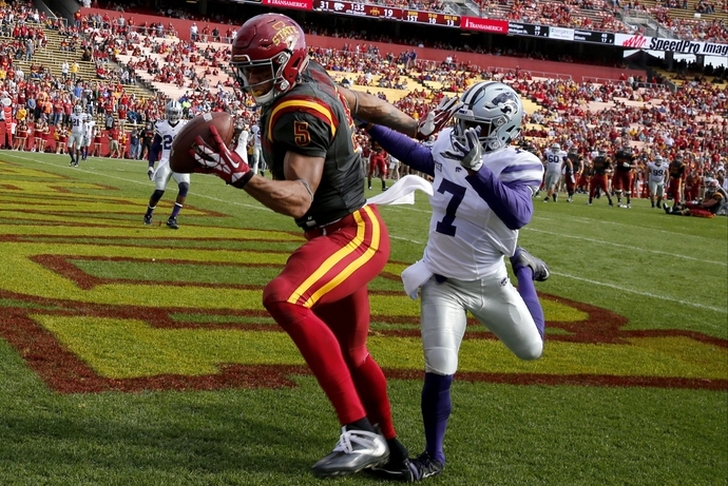 The 2018 NFL Draft is complete and the Jacksonville Jaguars have already landed a few coveted undrafted free agents. NFL teams start trying to sign these UDFAs the second the draft ends but most moves become official this week.

We have every player the Jaguars have signed below.

It's a relatively small group for the Jags, although they might not be done yet.

Perhaps the most notable player on the list is Iowa State wide receiver Allen Lazard, who was one of the best receivers in the country last year. He's not overly quick or a consistent route runner, but he's a big body at 6-foot-4 and 225 pounds who caught 10 touchdown passes as a senior. Jacksonville is also re-tooling their receiving core, giving him a decent chance to make the roster as a red zone threat.

The secondary was the other area the Jaguars are trying to add depth to, shown by them signing four notable defensive backs, headlined by Stanford's Quenton Meeks.