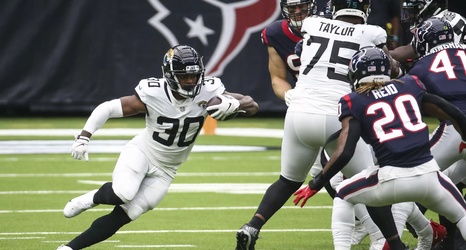 The Jacksonville Jaguars kept last week’s game against the Houston Texans a close, one-score game until there was 14:16 left in the fourth quarter. That’s when a fumble by Gardner Minshew led to a Ka’imi Fairbairn field goal and the game was 20-7. From then on, the offense never played within a score again.

And up to that point, with the game being separated by just one touchdown, Gardner Minshew had attempted 29 passes and James Robinson had 12 rushes. In fact, there was only one drive all game where Robinson had more than two rush attempts.