Titans S Kevin Byard: ‘We pretty much shut them down the entire game’ 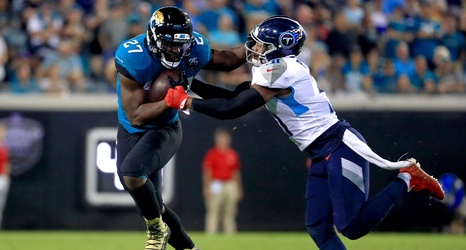 The Jacksonville Jaguars had their way with the Tennessee Titans in the passing game, especially at the beginning of the game, but the run game was almost entirely non-existent.

Aside from a 69 yard run in the fourth quarter by Leonard Fournette, the Jaguars ran for just 19 yards on 19 carries... and Titans safety Kevin Byard was frustrated about it.

“We pretty much shut them down the entire game, except for that last run towards the end,” Byard said shortly after the loss. “A couple of big plays.