Timmy Jernigan to be released by Jacksonville Jaguars 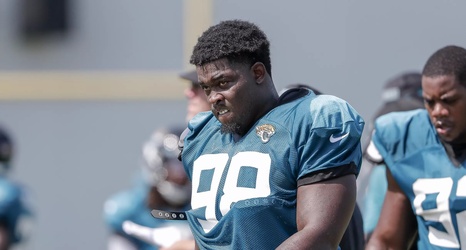 Jernigan was signed in August to help shore up the interior of the defensive line, but he played just 54 snaps across three games and had one quarterback hurry and one tackle on the season.

Jernigan, 27, first entered the league with the Baltimore Ravens in 2014 as a second-round selection out of Florida State University. The defensive tackle spent the last three seasons with the Philadelphia Eagles after being acquired by the team in 2017, swapping third-round picks.