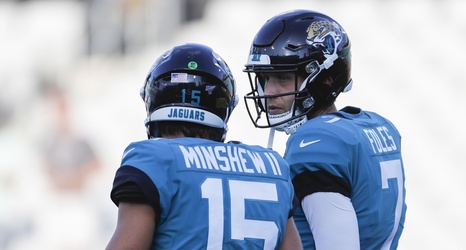 The Jacksonville Jaguars offense has a tough task this coming Sunday when it faces the Los Angeles Chargers at 4 PM from TIAA Bank Field.

Offensive coordinator John DeFilippo will work with Gardner Minshew this week as the quarterback was re-named the starter, replacing Nick Foles. As DeFilippo met with the media on Thursday, he spoke about the season, which he defined as “tricky”.

With changes at the quarterback position, injuries to multiple wide receivers, the lack of a pass-catching tight end and an offensive line that has played at a less than mediocre level at times this season, the best thing to do is to focus on the positives that have happened over the last 12 games.