The Jaguars get a critical win against the Bengals 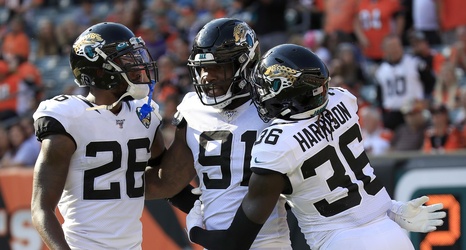 The Jaguars had to win at least two of their three games prior to the bye week. hey won the first game in convincing fashion against the Cincinnati Bengals. Gardner Minshew had a good day and showed he could shake off the poor performance against the Saints last week.

The Jaguars got a big game from running back Leonard Fournette, wide receiver Dede Westbrook and the defense that had four turnovers on the day.

As Jon Kurland of Big Cat Country wrote, “Fournette showed forceful runs and decisive cuts that has allowed him to leap into the league lead in rushing yards on the year.