Should the Jaguars look to add RB Giovani Bernard? 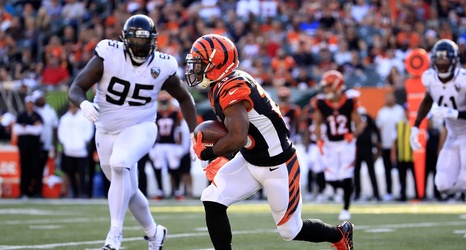 The Jaguars may have an opportunity to address its offensive backfield further this offseason.

While the team has already signed a running back in Carlos Hyde — his second stint with the team —, the franchise could use further help, and with former Cincinnati Bengals running back Giovani Bernard now on the open market, they could find that help sooner rather than later.

Yesterday, Bernard was officially released by the Bengals after spending eight seasons with the team. While he was no longer the team’s primary running back, usurped by Joe Mixon over the past few seasons, he still added plenty of value as a receiving back, something the Jaguars desperately need to address.