Seven observations from Jaguars’ season-opening victory vs. the Colts 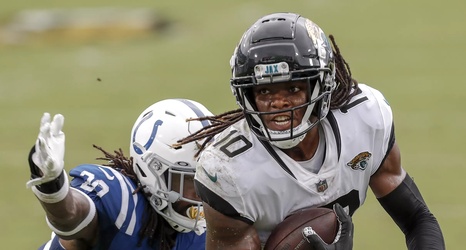 The Jaguars exited Sunday as the top-dog for the AFC South after defeating the Indianapolis Colts at home in front of a crowd - the only crowd in the entire NFL on Sunday. After a 27-20 victory, the team heads out of week one with its first home opener, week one victory since 2011, and its sixth-straight victory over the Colts at home.

A complete team victory, the Jaguars had plenty to say on Sunday and gave spectators plenty to think about as the season moves forward.

Let’s take a look at six observations from the Jaguars’ week one victory against the Colts:

While the Jaguars defense took a little to get going on Sunday, the Jaguars offense got rolling relatively quickly with second-year quarterback Gardner Minshew II completed 19/20 out of passes for 175 yards and three touchdowns.