Look for Joe Schobert to thrive in the Jaguars defensive scheme 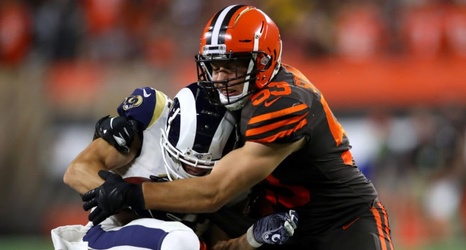 CLEVELAND, OHIO - SEPTEMBER 22: Linebacker Joe Schobert #53 of the Cleveland Browns takes down wide receiver Cooper Kupp #18 of the Los Angeles Rams after he makes a reception during the second quarter of the game at FirstEnergy Stadium on September 22, 2019 in Cleveland, Ohio. (Photo by Gregory Shamus/Getty Images)

Will linebacker Joe Schobert become the biggest and best free-agent signing by the Jacksonville Jaguars this offseason?

Ask the fans on social media and they will tell you this was the best way to replace retired favorite son, Paul Posluszny in the middle of the team’s defense.