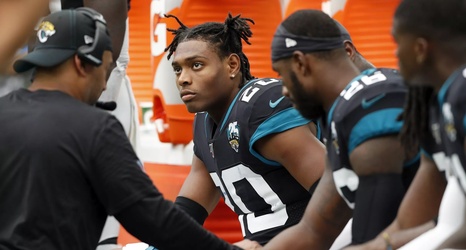 The Jacksonville Jaguars grabbed defeat from the jaws of victory as a failed two-point conversion was the difference between 1-1 and 0-2. Gardner Minshew was impressive (for a sixth round rookie making his first career start) and the receivers were again good. Their stat lines weren’t terribly impressive, but the starting trio of Chris Conley, DJ Chark, and Dede Westbrook are filling the void better than I thought they would.

But now we have the Tennessee Titans coming to town in a game that will likely be low scoring, defensive driven, and come down to the final possession.