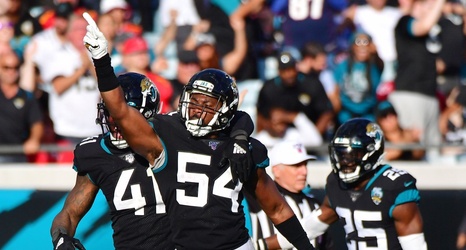 Jaguars middle linebacker Donald Payne will once again start on Sunday as the team faces the Loa Angeles Chargers in the team’s second to last home game of the season.

Payne did a solid job last Sunday in the 28-11 loss to the Tampa Bay Buccaneers, leading the team with 13 tackles and had a quarterback sack. As the season comes down to the final four games, this is an audition of sorts for Payne, who is being asked to replace Myles Jack in the middle of the defense.

The Jaguars placed Jack on the injured reserve this week with a knee injury.